The Specimen Current-EBIC Amplifier is designed to operate with the small currents absorbed by the sample in the SEM. The system gives accurate absorbed current measurements but will also provide images over a wide range of probe currents. 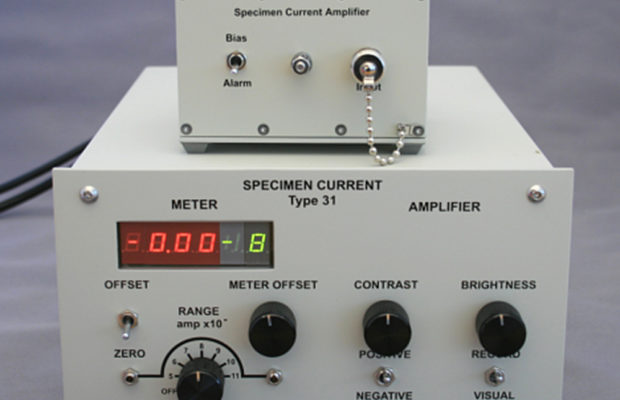 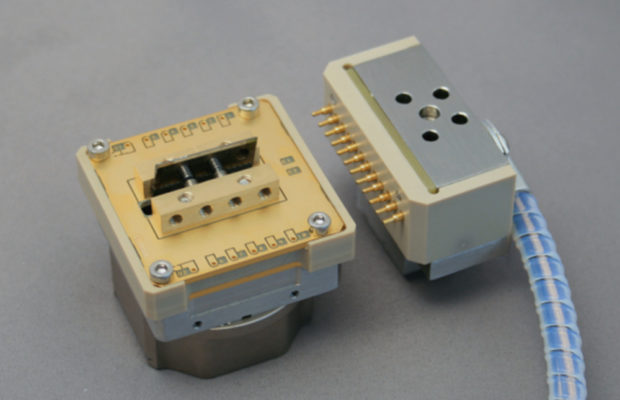 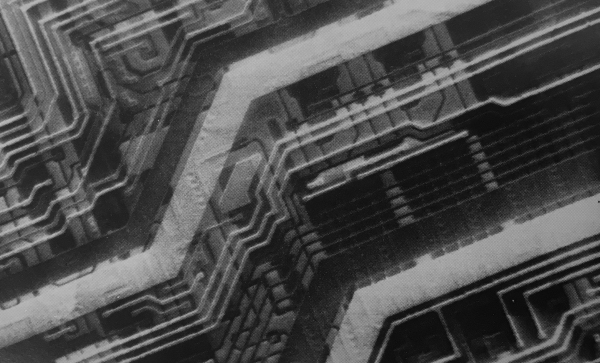 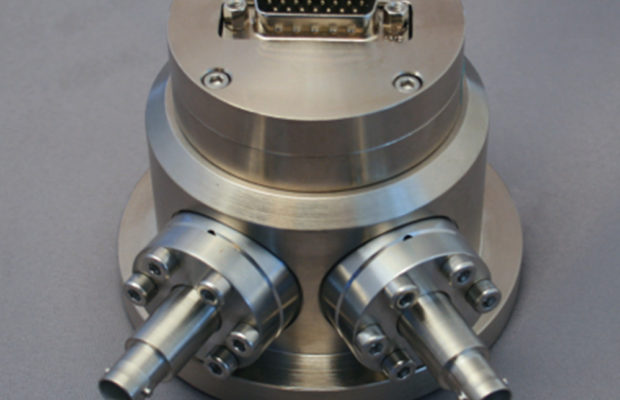 This is the original GW Type 31 amplifier, we are still making it now in the UK.

When a high-energy electron penetrates a crystalline semiconductor, most of its kinetic energy is absorbed by ionization of the silicon atoms as silicon valence electrons are ejected from their orbits. Each ionization creates a free electron and the empty valence site leaves the atom electrically unbalanced with a net positive charge. This net positive charge called a hole appears to migrate from atom to atom under the influence of an external field creating the illusion of a flow of positive charge. At the interface of P-doped and N-doped regions.

There is a narrow zone void of mobile charge carriers due to the electric field (Fermi Potential) created by the redistribution of electrons and holes at the junction. If the electrons and holes created by the impinging electrons can enter this Depletion Zone, then they, too will be swept aside by the Fermi Potential:this movement of charge carriers manifests itself as a current in an external circuit. In Silicon the average electron hole pair requires about 3.6eV of energy so that the external current, which is proportional to the number of carriers entering the Depletion Zone, may well be two to four orders of magnitude greater than the primary beam current depending on the primary beam energy and the percentage of the pairs that can be absorbed into the Depletion Zone. This phenomenon is known as Electron Beam Induced Current or EBIC. This same effect can be induced by photon bombardment and is the basis for the operation of photodiodes and solar cells.

Modern planar semiconductor devices, because of their uniquely two- dimensional structure, lend themselves readily to both qualitative and quantitative investigation by the EBIC technique in the Scanning Electron Microscope and also in the Laser Scanning Microscope (OBIC).